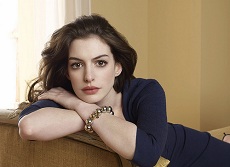 Anne Hathaway in my opinion is probably the most beautiful woman in Hollywood today. She has even been rated as one the Hottest Stars Under 25 back in Teen People Magazine in their June 2002 issue.

Hathaway is called Annie by her friends and by all who know her best. Annie was born in Brooklyn, New York she studied acting at the Paper Mill Playhouse. Although Halthaway appeared in many plays as a youth, she first grabbed the attention of executives at Miramax when she was playing Megan Green, on the TV series Get Real. She was bold enough even then to turn down a three picture deal with Miramax because she wasn’t happy with the scripts. However it wasn’t until a starring role in The Princess Diaries (2001) opposite Julie Andrews that the offers for movies came flying in. She has recently said in an interview with Glamour magazine:

“I was labeled a good girl, and for the first eight years of my career I had to fight to get any other kind of role. But I like fighting for a job, actually. Once you get it, you feel like you’ve emerged victorious from the scrap and you’re like, “OK, this one’s mine.”

She was in Broke Back Mountain (2005)! I’m a big movie nut and although I’m a fairly late comer in terms of being a Anne Hathaway admirer, how did I miss it! I’ve only seen the movie 4 times. There’s 4 points here, the topic was very distracting, secondly the cinema photography (actually the best part) was stunning. The late Keith Ledger totally stole the show in terms of acting, or did he? I might be wrong, but was Anne Hathaway was pretty unrecognizable as Jake Gyllenhaal’s wife?  The next year she played another strong role in The Devil Wears Prada (2006), which actually is her best in my opinion. Later roles included Becoming Jane and bit later Rachel Getting Married (2008), which she won an Oscar nomination.

Controversy has followed Anne Hathaway though with her ex-boyfriend Raffaello Follieri was arrested for fraud. Anne was never suspected of anything although allegedly the FBI did take her diary and recently jewelry given to her by Follieri was auctioned by the US Marshalls. Making her next movie Love and Other Drugs with her Broke Back co-star Jake Gyllenhaal helped her get through the tough time. These days Anne is happily married to Adam Shulman, a famous jewelry designer. Anne who was previously a cynic of marriage is loving her new life, and when asked by Glamour – what changed her mind, she replied:

“Him. I would never have gotten married if it weren’t for him. He’s a good man. He’s beyond intelligent. He loves fearlessly.”

How beautiful a woman is Anne Hathaway? Is she a timeless beauty comparable to such a woman as Audrey Hepburn? Perhaps.. at least I think so. Although Hepburn and Hathaway come from very different backgrounds – Hepburn was British, and lived Belgium there are some other striking similarities. Both unarguably elegant and beautiful, Hepburn left the whole Hollywood scene do focus on her international charity work – recently Hathaway has become the face of One Billion Rising. When talking to Glamour magazine she said:

“It’s hard to wrap my head around the fact that a billion women have been raped or beaten, When I was in college, I’d heard that one in four women would be raped, and I thought, God, that means I must know someone who was raped. Sure enough, I found out a week later that a friend had been. A billion is too big because one is too big.”

Vogue in 2010, Hathaway did a stunning photo shoot which mirrored many of Hepburn most iconic images. If you haven’t seen them you must take a look. 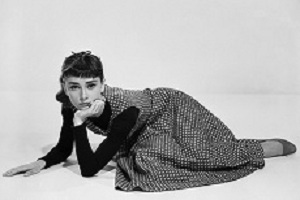 Her public roles have not always gone so smoothly. Her the 83rd Academy Awards performance with James Franco totally bombed in front of 35 million viewers. Although the blame was mostly directed at the lack luster Franco.

The trend continued into her next atrocious ensemble the rom-com Valentine’s Day, as well as the comedy Bride Wars. It was later named as being one of the 10 worst chick flicks by Time Magazine. Other critical performances included An Education,  where Hathaway’s mangled British accent drew fire.

The Dark Knight Rises – fanboys of Batman were unsure at the news of Hathaway in the role of Catwoman but she blasted the role, and made it her own. She stood toe to toe with her more famous male co-stars, and shone. She displayed the wiliness and toughness the role needed while being demure and as sexy as Michelle Pfeiffer.  Bringing her critical acclaim from all corners of the industry.

Anne Hathaway may not be popular with everyone, and she has had her fair share of both fans and detractors. But she looks sure to stay, and continues to shine – she is a strong competitor for the next an Academy Awards  for her role in Les Miserables.